For as long as I can remember, I’ve struggled with low blood pressure. When I was younger, I didn’t understand that the ringing in my ears and lightheadedness (sometimes to the point that I would pass out) was caused by my naturally low-ish blood pressure suddenly dropping even lower. I learned as a child to manage the symptoms without knowing the cause.

Finally, after a particularly dramatic incident about a decade ago, a doctor informed me that I am prone to vasovagal pre-syncope (a fancy way of saying that my body starts to prepare for fainting) in stressful situations. It’s not caused by a clinical disease, but in short, my vagus nerve (which regulates the autonomic nervous system) responds to perceived threats—such as having my blood drawn—by dropping my blood pressure. This information helped me to adjust how I handle stress, and I’ve had very few instances of losing consciousness since then. Lying down or putting my head between my knees tends to be enough to keep my blood pressure up. Fast forward to a few years later when I met Lisa, the founder and director of the Neurosculpting® Institute. After a group meditation workshop led by Lisa, I learned that she had also spent many years of her life managing the same issue. She told me about how a vasovagal response is associated with a “freeze” reaction during stressful episodes. While most people experience a fight-or-flight response, some of us default to a freeze response.

In my case, the most likely reason that my body seems to prefer a freeze response is because of an infant trauma, when my parents and I were in a car accident caused by an impaired driver. Although my conscious brain doesn’t remember the accident, my parents talked about it repeatedly when I was young, to the point that I can describe numerous details about what happened. Strapped into my infant carseat, my body was unable to move, which most likely encoded my brain stem (which connects to the vagus nerve) with a lifelong freeze response. Recently, I was asked about my seemingly calm response to a particularly traumatizing experience, and I had to explain that I was not actually calm in that moment, regardless of my outward appearance — on the inside, I was just trying to keep from passing out and making a difficult situation even worse. I’m grateful that I’m at a point in life where I know how to cope with the way that my brain responds to stress, even if it’s not always apparent to others..

One of my goals in teaching Neurosculpting® is that my clients will learn more about themselves and how they respond to stress through the information that I teach about how the brain works. I also hope that we can grow in our compassion for others by understanding that we’re not all going to respond to trauma in the same way. In our fast-paced world, this awareness can improve how we relate to and offer support for one another as we’re navigating stress and trauma. 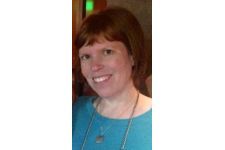 Cynthia has practiced meditation most of her life, although she didn’t realize that was what she was doing when she was a child. She discovered Neurosculpting® as part of her preparation for a transformative trip to post-earthquake Haiti in 2012. In the midst of massive trauma, a meditation she had learned from Lisa Wimberger is what allowed her to navigate an intensely difficult situation on the ground in Haiti. She was immediately hooked and jumped at the chance to undertake the Tier 1 facilitator training in 2013. Since then she has also completed Tier 2 training and is excited about contributing to the expansion of the Neurosculpting® modality.

Cynthia is also a lifelong musician who holds a Ph.D. in musicology from the University of North Texas. In its own way, her doctoral dissertation is intimately connected to the meditative work that Cynthia is so enthusiastic about.

Cynthia is actively involved in social change movements, and she believes that meditation is integral to healing our society’s collective wounds. She enjoys bringing Neurosculpting® into spaces that are focused on creating a better world for us all, and providing a safe, nurturing environment for those who desire to cultivate compassion and empathy.