We’ve all felt it at one time or another: You eat a big meal and then you just want to take a nice long nap. Anyone who has indulged in the turkey, ham, stuffing—that’s “dressing” if you’re from the South, like me—green bean casserole, pies, cakes, and other delicacies of the holiday season will confirm that there’s nothing quite like a large meal and the drowsiness that comes with it. Well, a new study recently found a correlation between heavy meals and sleep patterns by studying the brain’s reaction to certain foods.

“Different foods play different roles in mammalian physiology, but there have been very few studies on the immediate effects of eating on sleep,” said Dr. William Ja of the Department of Neuroscience and the Department of Metabolism and Aging at the Scripps Research Institute, and co-author of the study. Researchers looked at the common fruit fly to figure out if food comas are real. For those of us who didn’t know before now, fruit flies have a well-documented and predictable sleep-metabolism interaction: they sleep less and move more when deprived of food.

Interaction Between Heavy Meals and Sleep

The team constructed a plastic box called the Activity Recording CAFE, or ARC, to record fly activity before and then after a meal. Turns out, after flies consume a meal, they sleep for longer periods of time before returning to a more wakeful state. Normally, fruit flies sleep for 20 to 40 minutes—who knew?—but flies that gorged themselves tended to sleep even longer. The team found that protein and salt-filled meals induced a “food coma” of sorts, but glucose (sugar) foods didn’t have the same effect.

“The protein link to post-meal sleep has been mostly anecdotal, too, so to have it turn up in the study was remarkable,” said Dr. Ja. “In humans, high sugar consumption provides a quick boost to blood glucose followed by a crash, so its effect on sleep might only be observed beyond the 20 to 40-minute ‘food coma’ window.”

Next, the researchers set out to identify a neuronal mechanism that corresponds with the post-meal sleep the flies experienced. “By using genetic tools to turn neurons on and off in the fly brain, we were surprised to find a number of circuits that play a role in controlling this behavior,” said the first author of the study, Keith Murphy, a graduate student at the Scripps Research Institute.

Previous research has found that leucokinin (Lk) neurons play a role in meal-size regulation. Mutations in the leucokinin receptors of blowflies were shown to affect the regulation of meal size significantly, and therefore body energy. Over time, these blowflies experienced increased instances of their eyes being bigger than their stomachs.

With this study, the Scripps Research Institute team found that a specific subset of leucokinin receptor (Lkr) that helps control wakefulness is also activated when eating protein. This could explain why, when eating a big protein-filled meal including turkey, ham, chicken, and other meats, we want to sleep right off but then may experience feeling more awake afterwards.

“Our analysis suggests that ingested protein promotes both sleep and wakefulness, and that the wakefulness is counterbalanced by Lkr neuronal activity,” said Murphy. If you’re thinking that what we commonly think of as being a food coma is far more complex than we previously thought, then you’re right.

Implications for the Brain

What does this mean for the brain overall? There is a network of neurons in the brain called circadian pacemaker neurons. These neurons are believed to be responsible, at least in part, for the rhythmic behavior of humans and animals alike. Leucokinin neuropeptide (LK) and its associated receptor are understood to be required for normal rhythms of behavior, specifically by being connected to neurons that regulate motor behavior and sleep.

Sure, that big holiday meal might be nice at the moment, but you could be throwing your whole day off in the process! Could it be disrupting your natural sleep/wake cycle too? Scientists are unsure, but we do know that a big meal can release stress hormones like norepinephrine and raise your blood pressure while putting other stress on the body. Combined with out-of-wack sleep patterns, holiday eating could be leaving us primed for a limbic state: ready for danger and stressed out.

Want to learn how to support your brain through embodied practices and good nutrition? Check out our exclusive video presentation, The Art of Brain Health and Embodied Living with Lisa Wimberger, Shanti Medina, and the Neurosculpting Institute’s Holistic Nutrition Educator, Erin Livers. 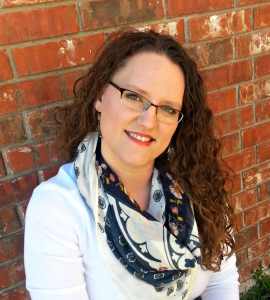 Open, friendly, and compassionate, Megan Winkler is inspired to make the world a better place. In 2013, she began studying Neurosculpting®, a brain-based approach to healing through the union of meditation and neuroscience. She found that it settled her mind and helped her manage stress in life-changing ways. In 2014, she completed her Tier 1 certification with the Neurosculpting® Institute. As a meditation instructor, Megan provides a safe, comfortable environment in which students of all ages—eight to 108—can unlock their innate ability to experience change and healing in their own lives. She currently serves as the Neurosculpting® Institute’s Editorial Coordinator and Youth Program Co-Developer. She also holds a certification in Nutritional Therapy and regularly integrates nutritional suggestions into classes. When she’s not teaching in person or online, Megan can be found working on her tiny home project with partner Mike and her daughter, singing karaoke, or working on her latest novel.  Website: www.thebrainybabe.com

Are You Walking the Talk?

As we engage in our patterns and habits, we reinforce them.  We all know that…

Can We Program Creativity?

I Get By With a Little Help by: Susan Aplin Pogue

Any cookies that may not be particularly necessary for the website to function and is used specifically to collect user personal data via analytics, ads, other embedded contents are termed as non-necessary cookies. It is mandatory to procure user consent prior to running these cookies on your website.

$57 monthly for 5 months
SUBMIT A QUESTION
In these uncertain times, we are offering free 7-day meditation download series.
We are going to send you a new meditation every other day for the next two weeks!
Enter your email address below to start receiving the free meditation downloads in your inbox.